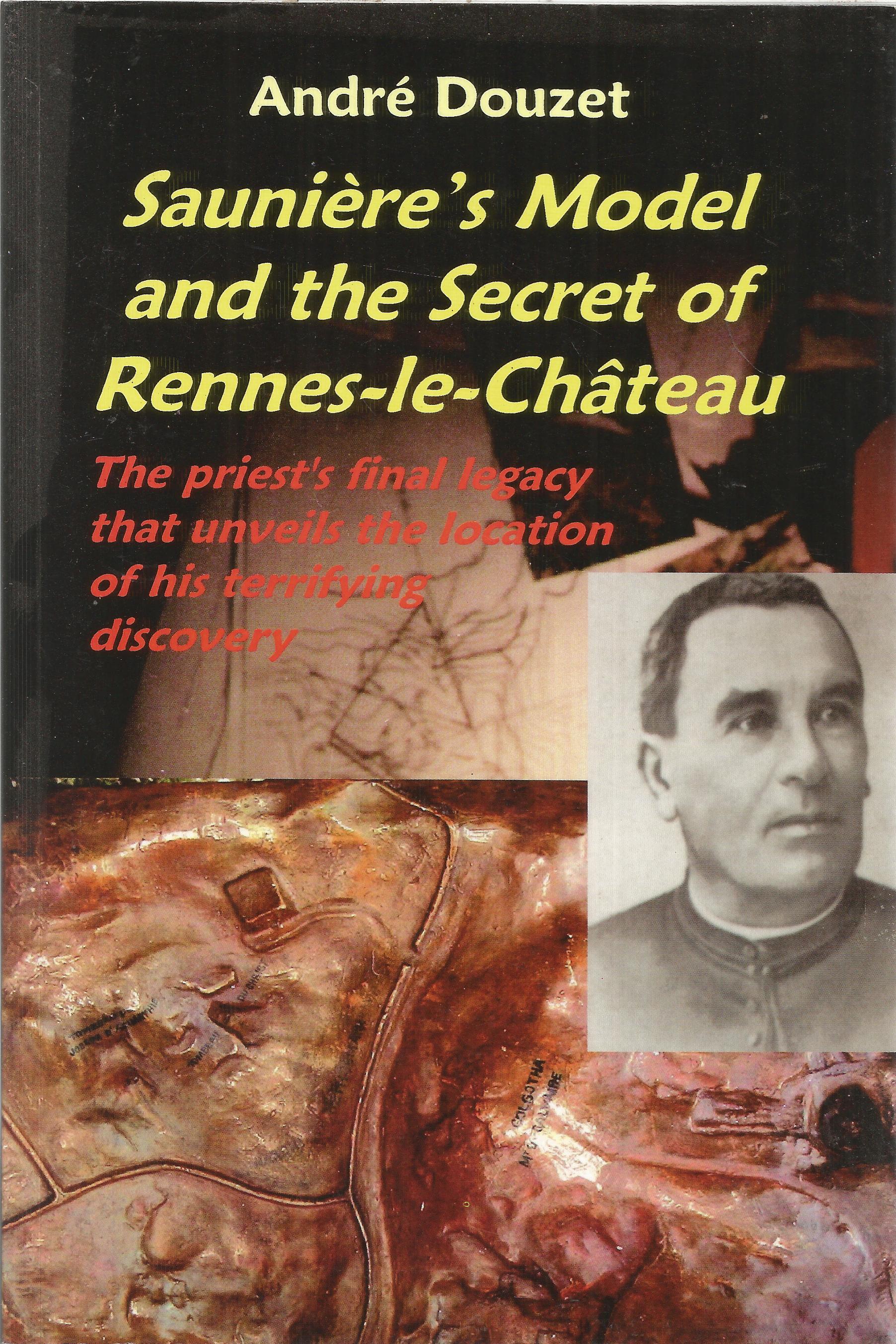 Saunière's model and the secret of Rennes-le-Château

In 1916, Berenger Sauniere, the enigmatic priest of the French village of Rennes-le-Chateau, created his ultimate clue : he went to great expense to create a model of a region said to be the Calvary Mount, indicating the 'Tomb of Jesus'. But the region on the model does not resemble the actual lay-out of Jerusalem. Did Sauniere leave a clue as to the true location of his treasure ? And what is that treasure ?

After years of research, André Douzet discovered this model, never collected from the model maker by Sauniere, who had died just before the model's completion. Backed by evidence showing correspondence between Sauniere and the model maker, Douzet also reveals much new evidence, including the revelation that Sauniere spent large amounts of time and money in the city of Lyons, often on exotic and high tech photographic instruments. And for the first time, it is shown Sauniere met some very interesting people from esoteric, in particular Martinist, circles in Lyons. This body of evidence for the first time demonstrates there is indeed a true mystery surrounding this village priest -- a theory widely speculated on so far by others authors, but seldom if ever backed by evidence.

The model is the only real clue Sauniere left behind as to the nature and location of his treasure -- and is unveiled in this book, which includes pictures and detailed drawings of the model, among many other things. It also reveals the location of the region where Sauniere had located his treasure...and where Douzet himself has so far recovered large quantities of precious and semi-precious materials. Above all, Douzet demonstrates that grounds of Perillos not so much hold a 'treasure' (though present), but rather a 'secret', and that this secret was the true importance of Sauniere's mystery; a secret that is said to be of vital importance -- and terrifying force.

Painting the scenery of Rennes-le-Château

Many roads leading into one mystery

Trips to Lyons and the Pilat region

Esoteric wanderings in the streets of Lyons

The posthumous message of Saunière