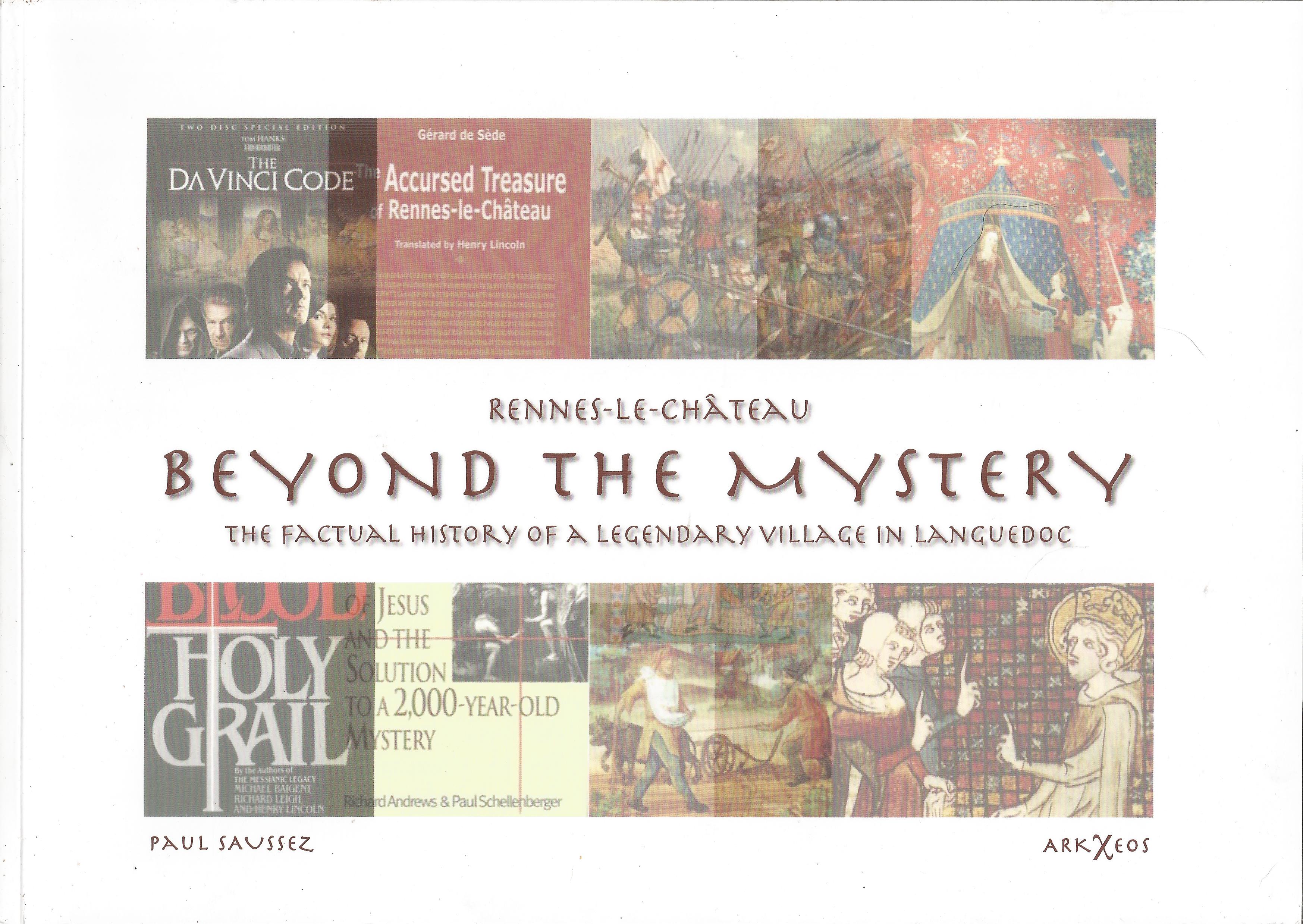 Rennes-le-Château, beyond the mystery - The factual history of a legendary village in Languedoc

Is it by chance you came to Rennes-le-Château ? Probably not !
Perhaps have you read The Holy Blood and the Holy Grail, seen the movie Da Vinci Code or visited websites and shared ideas on discussion forums about the Mystery ?
Maybe do you expect to unravel the Enigma ? Or perhaps even share in the Treasure ?
Go ahead, but please brush the legend aside and step into history !

The Legend started at the end of the 19th century with Abbé Bérenger Saunière discovering a so-called "treasure". In the Aude backwater at the time, nothing else could reasonably explain the apparently sudden fortune of a simple country priest.
It has now been largely demonstrated that Abbé Saunière owed his wealth to a methodically organised and large-scale traffic in Mass honoraria. His meticulously kept ledgers testify to this.
As for the "treasure", whether it be money, documents or artefacts and whether or not it carried some secret whose divulgence or concealment was profitable, it has fed some of the wildest speculations for over 50 years.

The Mystery would have been unveiled long ago had a flurry of pseudo-historical and dubious esoteric litterature swollen to cosmic proportions in recent years, not drowned any scientific approach and routed all serious historians and archeologists.
No wonder that Abbé Saunière's discovery of the burial vault of the lords of Rennes - the existence of which is proven by an 18th century document found in the priest's papers - has been completely overlooked although it was revealed over 33 years ago.
Apart from amateur excavations carried out in the fifties and sixties by treasure hunters and some more promising ground-penetrating radar soundings in recent years, the revelation of this portentous discovery has failed to yield any scientific follow-up.
The only serious academical study of Rennes, its church, château and fortifications, is an essay submitted in 1978 by the late Brigitte Lescure, a reputed archaeologist, for her master's degree in history of art at the university of Toulouse-le-Mirail.
Only professional archeological excavations will allow Rennes-le-Château to showcase its historical heritage and shed some light on still obscure corners of Languedoc's history.
There lay the real treasure !

My purpose is to put Rennes-le-Château on the map of history, that of Languedoc and the former county of Razès, numerous pages of which still need to be written.
This booklet is therefore not yet another esoteric essay about the Priory of Sion, Secret Dossiers, Plantard and Chérisey, Jesus and Mary Magdalene, the Bloodline of Christ, suppressed church secrets, hidden gold troves, pentacles or sacred geometry !
My sincere hope is that you may leave Rennes-le-Château knowing who were the lords of the manor, that their resting place lies beneath the church and that it probably shelters one of the most ancient, yet to be unearthed, crypts in France.

Born October 3d 1949.
Lives in Brussels (Belgium) as a retired architect. Member of the Société d'Etudes Scientifiques de l'Aude (SESA). Over 20 years researching Rennes-le-Château. Lectures in 2002, 2003, 2005, 2008 and 2011. Recipient of the 2005 Bérenger Saunière Award for his CD-Rom "In the Tomb of the Lords". Contributor to the theme panels in the Rennes-le-Château museum.

The church that Saunière built

In the tomb of the lords

A tale of two bishoprics