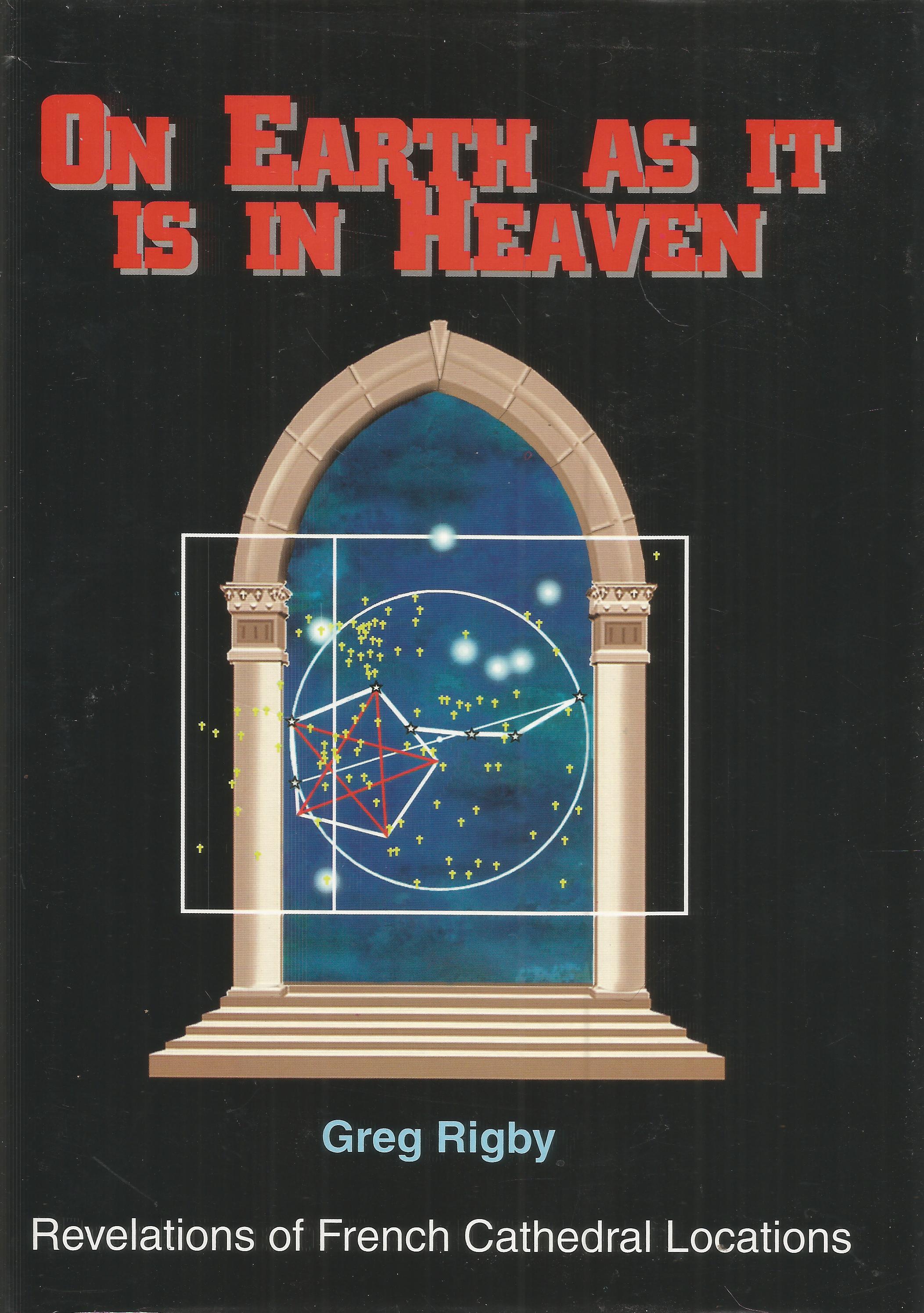 On Earth as it is in Heaven shows how a magnificent and yet simple series of patterns link the key Cathedrals in northern France and is a precise and accurate foundation for the Grail legends as they have been handed down to us.

The 150 illustrations indicate clearly that the Druids duplicated "The Great Bear" on the ground and incorporated designs which represented teh stories that they associated with this unique constellation.

The overall conception is revealed by the direct links from the ground pattern with Avebury, Stonehenge, Philae in southern Egypt and Jerusalem. The location of the pattern in relation to these places, its 302.4 mile span from the centre of Chartres Cathedral to the centre of the Celtic ringwall at Donnesburg in Germany and the complimentary position of the ancient Paris meridian all denote an undertaking that was greater than the Pyramids in its conception.

The measurements that were used seem to link the Egyptian, Greek and Imperial units of measure, indicating a universal numerical constant.

Its design and conception may well have been by the Arcadians who it is often proposed were the direct descendants of the tribe of Benjamin.

Greg Rigby shows an undeniable awareness of this Druidic pattern by the first Cistercians and a direct link with the mysterious village of Rennes-le-Château which has been the subject of many books since the 1970's.

This book is the product of new and original research and illustrates the facts which the seekers of ancient truth will not be able to disregard. In the future, it will probably be considered the source book for those who wish to understand the ways our ancient ancestors regarded the heavens.

Creating the body of the Plough

Putting a handle on the Plough

When was the Plough designed and constructed ?

Who knew the significance of the pattern ?